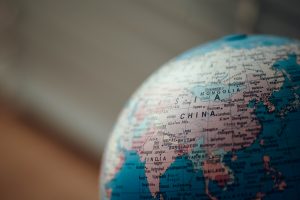 The China National Drug Administration (CNDA) is working on a new implementation of serialization guidelines. The first attempt at traceability was suspended in 2016.

China’s first serialization plan intended a 20-digit serial number for all products sold domestically, at the individual, bundle, box, and pallet level. This serial number was assigned by the government. The data had to be manually uploaded to a platform that could only be accessed from China itself. Furthermore, the code did not conform to the GS1 standard, which is the case in all other international serialization requirements. Due to a large number of complications, implementation was discontinued, and working on a new draft began.

The new proposal on traceability is said to be implemented by 2020. When setting up a new collaborative platform, MAHs should primarily implement the requirements of the drug authority in cooperation with third-party providers. Traceability must be possible from the manufacturer to the end purchaser. Furthermore, the new Drug Traceability Code (DTC) is to consists of letters, numbers, and symbols and contains information such as the name of the manufacturer, dosage form, date of manufacture, and expiry date.

The new system is to be completed by 2020 and traceability is to be gradually implemented by 2022.