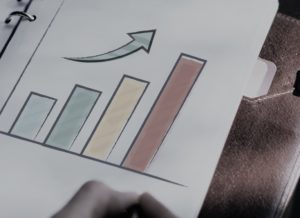 Eleven days after the deadline for the implementation of the Falsified Medicines Directive (FMD), the first interim results are rather mixed.
Many pharmacies in the UK and France are not connected at all, and in Germany, they are demanding that the additional costs be borne.

The mood in Europe is very mixed just two weeks after the deadline, but no country seems really satisfied. In many places, there are problems with the national systems, but even the manufacturers are not yet connected faultlessly everywhere. The pharmacies take a critical view of the new processes and report a need for improvement.

Shortly after the implementation, the new system was classified by the pharmacies as fundamentally less problematic, although eleven percent also regarded the start as a disaster. Above all, the handling of the new technology and the processes in connection with the customers were classified as problematic. The Free Pharmacy Association in Germany is now protesting and demanding that the costs be borne. “That is not reasonable”, says Dr. Helma Gröschel, 1st Chairwoman of the Free Pharmacy Association. “Since this control is primarily concerned with prescription drugs, the financial costs must be borne by the state and the health insurance funds,” Gröschel demands. In Germany, however, at least all pharmacies are connected to the system.

Large gaps in UK and France

This is different in the UK, where apparently not even half of the pharmacies were connected to the start of the system called SecurMed. The approaching Brexit is causing great uncertainty so that pharmacies are reluctant to invest. In France, on the other hand, the two pharmacy associations FSPF and USPO are arguing about the feasibility of the new processes. They see the pharmacy-patient relationship as being at risk. The fear is that scanning the medicines in front of the patients could make them feel insecure.

Large and small problems in the Netherlands, Norway, and Sweden

In Norway, all pharmacies are connected to the system, but it only seems to work in a limited way. In the Netherlands, the system was temporarily unavailable and collapsed completely. In addition, there are problems on the manufacturer side which report problems with the connection to the national system, some cannot send their data to the national system.

In anticipation of such problems, Austria, Ireland, Finland and Norway have opted for a soft start, and the EMVO also recommends a so-called stabilization period. Error messages are checked, but the packaging should still be delivered – unless the pharmacy also sees a suspicion of counterfeiting. The countries have set the stabilization period at three to six months, in the meantime improvements are to be made based on the problems, after which the systems are to run faultlessly. The EMVO cites missing or incorrect data records, the scanning of non-serialized packaging, incorrect handling, and the similarity of the codes on “Indian” packaging to the European 2D Data matrix code as possible sources of error.