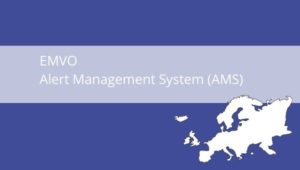 Pharmaceutical companies are responsible when it comes to tracking and managing alerts on their products. A suitable tool for this has not yet been available. EMVO is now reacting, but it will take time until the AMS project is completed.

Throughout Europe, only a few counterfeit drugs have been found by the serialization system so far. Nevertheless, there are numerous alerts every day, which the pharmaceutical companies have to follow up on. An Alert Management System (AMS) from EMVO is intended to make it easier to work with the alerts. However, the system will not be available to pharmaceutical companies until the summer of 2021 at the earliest.

Alert Management? Everyone has their own process

The pharmaceutical companies’ duties don’t stop after the correct serialization of the drugs. Every day in Germany alone, there are numerous counterfeit alerts when packages are scanned in pharmacies – most of them are false alarms. If these cannot be tracked back to incorrect handling in the pharmacy, it is up to the manufacturers to investigate the causes of the alerts.

By the FMD, pharmaceutical companies are required to have an appropriate process in place to manage alerts within the company. There is no official tool or portal for this yet. Furthermore, not all national systems give pharmaceutical manufacturers the same access to alert information. securPharm (Germany), for example, allows alerts to be tracked, but this is not the case in all countries.

One and a half years after the launch of FMD, pharmaceutical companies still have to deal with a large number of false alerts.

The EMVO is now reacting to the displeasure of the pharmaceutical companies and has announced to develop a new Alert Management System. The AMS project is intended to help pharmaceutical companies to follow up on the error messages. However, it will (of course) not reduce the number of false alarms, and the analysis of recurring errors and their sources is not yet a planned feature of the system.

As a next step, the AMS project group intends to collect feedback from stakeholders on the system requirements they have collected by the beginning of September 2020 and, taking this into account, to submit them to the EMVS legal committees for approval in winter. The current plan is to implement the AMS as an ongoing project by the summer of 2021.

As recently as February of this year, thousands of false alarms occurred daily in Germany. The numbers do not seem to have changed much, only in May the Bundesvereinigung Deutscher Apothekerverbände e. V. (ABDA) issued recommendations for action on the anti-counterfeiting protection system. If these are taken to heart in pharmacies, numerous false alarms could be avoided, according to the ABDA.

False alerts in the securPharm system can usually be attributed to two causes:

For example, because there is uncertainty about whether the package has already been booked out or not. In case of doubt, pharmacies should instead verify the packaging before they check it out. A new verification does not trigger a false alarm, but a double check-out does.

The scanner test of the NGDA shows whether the problem is with the scanner.

Basically, it remains to be seen whether the AMS is available quickly enough for pharmaceutical companies and has all the functions available that are necessary for simple and efficient handling of alerts.