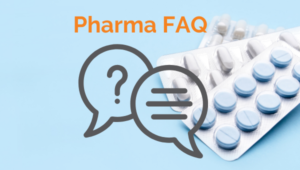 Efforts are being made worldwide to stop the dangerous trade of counterfeit medicines. To tackle this problem pharmaceutical serialization laws have now been enacted in numerous regions all over the world. Depending on the statutory requirement, serialization in the pharmaceutical industry is enforced differently. What all regulations have in common is the assignment of a unique identifier. The serial number, through which medicines can be individually identified, tracked within the supply chain, and linked to various product and production data.

According to the WHO, around ten percent of all prescription drugs in developing countries are substandard or counterfeit. In global markets, ten percent of all medicines are also counterfeiting ones. In the worst cases, counterfeits cost human lives and the industry billions of dollars annually. To keep counterfeits out of legal supply chains and protect patients, serialization requirements for the pharmaceutical industry have been or are being introduced worldwide. In the European Union, a large-scale initiative against counterfeit medicines was enacted with the EU Falsified Medicines Directive 2011/62/EU. It is an anti-counterfeiting system and aims to prevent substandard pharma products from entering supply chains.

The information in this FAQ relates to standards of the European Union. Also, it provides further information on global regulations, aggregation, and packaging requirements. In addition, the 2D-DataMatrix-Code and the implementation of a serialization system are explained.

What is pharmaceutical serialization?

Pharmaceutical serialization is the labeling of drugs with a unique code. Depending on the directive, the code is formed according to appropriate standards. Through the serialization code, a tracking and identification mechanism is enabled. To meet the serialization requirements, each package of a prescription drug in the EU is given an individual serial number before it reaches the market. There are two stages to ensure the best possible security. A machine-readable 2D-DataMatrix-Code is printed on the packaging, including the serial number. The serial numbers are also stored in a database for later verification at the pharmacy before dispensing.

Pharma serialization worldwide: what are the regulations?

Directive 2011/62/EU has been in effect in the EU since February 09, 2019. It indicates, among other things, how pharmaceutical products should be authenticated within the EU and by whom. The authentication is done by an end-to-end verification system. Here, the randomized serial number of a product is stored in a database by the manufacturing company. Before the medicine is handed over at the pharmacy, the information belonging to the code is compared to the information in the database. Only after successful verification, it is passed on to the customer. If the serial number does not match the information in the database, the package in question is held back and the cause investigated. Measures and regulations such as these are already in use around the world. For example, in the USA since 2013 through the Drug Supply Chain Security Act (DSCSA), in Brazil since 2021 thanks to a resolution by ANVISA, or in Indonesia through a BPOM regulation from 2025 onwards. The aim is to secure the supply chain and protect patients from the use of counterfeit medicines on an international level.

How does aggregation work?

Aggregation is the process of combining multiple, small units into one large unit. In pharmaceutical serialization, individual blister packs receive their identification code. By aggregating the codes, a “parent-child relationship” is established at the package level or in the range of batches. Several blister packs can be combined in one package. The aggregation of the individual codes in the serialization system shows the relationship of the packages to each other. It results in the traceability of the individual units. The aggregation can be further scaled. Multiple packages are aggregated into a carton, and multiple cartons are aggregated into a pallet.

Aggregation of the codes themselves, unlike serialization, is mandatory or optional depending on individual regulations. However, it does bring some advantages. Aggregation can simplify logistical challenges and also potential recalls through increased transparency.

What are the requirements for packaging?

Another level of security for prescription drugs is unauthorized opening protection. As the name suggests, the packaging is provided with protection that makes it recognizable whether the package is still unopened or not. There are various ways for manufacturers to indicate this. Common are glued seals on the package flap or perforation lines along with the opening. It is important that a previous opening is visible and damages the packaging. This security feature is also made mandatory by the EU Falsified Medicines Directive and intends to prevent the contents of serialized packaging from being replaced by counterfeit medicines.

How are the codes for pharmaceutical serialization structured?

Every prescription drug within the EU is marked with serialization by a 2D code. There are two common standards for these machine-readable 2D codes. One uses the National Trade Item Number (NTIN), the other the Global Trade Item Number (GTIN). Serialization based on the NTIN is composed of the NTIN itself and is complemented by an expiration date, a batch number, and a serial number. The NTIN itself has three different components. It consists of a country prefix, Germany uses 4150, for example, the 8-digit central pharmaceutical number and a check digit. The GTIN consists of four components: Country code, company number, article number, and a check digit.

The use of these codes creates several advantages. Processes, such as checking expiration dates, can be automated and thus simplified, efficiency within logistics and the supply chain increases, and counterfeit protection is made possible.

How do I implement serialization in my company?

Due to upcoming regulations implemented in 80% of countries, the serialization of pharmaceutical products is becoming more complicated. In addition, these requirements are constantly being adapted and changed, which results in more work. A growing market creates additional work since other regulations apply in other regions, which must be considered.

A serialization solution provider helps pharmaceutical companies meet both basic requirements, such as the EU-FMD (Falsified Medicines Directive), and the growing demands of the global market. Pharma serialization does not only mean an increased effort for the quality department and adjustments in the processes but, above all, a big step towards digitization. A suitable partner stands at your side with a clear and easy-to-use serialization solution, offering the support you need, and accompanying you on your serialization journey in the long term.