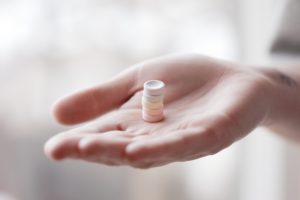 Russia has been serializing since July 2020. The marking of Rx and OTC drugs with crypto codes is part of a large-scale track-and-trace project. It is intended to make an important contribution to greater patient and consumer safety in Russia. In addition to the safety aspect, however, economic interests are also in the foreground. Counterfeit products and illegal transactions cost the Russian economy a lot of money every year.

Manufacturers and contract manufacturers must find solutions for implementing the Russian traceability requirements. And these are far more complex and comprehensive than the EU-FMD. The crypto code law in Russia adds another level of security to the drug supply chain by encrypting the code.

Counterfeit products and illegal trade are a problem in Russia. With a large-scale track-and-trace initiative (“Markirovka”), the government has been working since 2018 to protect various product groups through marking and tracking along the supply chain. Starting with tobacco and shoes in 2019 and medicines in 2020, bicycles, dairy products, clothing, and beer, among others, will also be mandatorily marked by the end of 2024. For each product group, a pilot project will first be conducted to make implementation easier.

Already in 2018, CRPT (Center for Research in Perspective Technologies) was appointed as the operator of the Russian Drug Circulation Monitoring System (IS MDLP). In total, CRPT plans to invest three billion dollars to support the Russian government’s drug safety initiative. The investment is paying off. A fee is charged for each crypto code generated. In addition to this revenue stream, new revenue streams are emerging from industry data collected during operations. CRPT emphasizes that its activities are monitored and regulated by the government, but even without using proprietary data, there are opportunities to make market forecasts and sell them.

Other goals of serialization in Russia

Depending on the product group:

– Digitization of the various industries and associated: among other things, better planning of production and logistics through the collected data and better structuring of accounting, etc.

Unlike the DSCSA or the EU-FMD, the hurdle for the implementation of Russian regulations is even higher. Not only the complexity of the code plays a role, but also the language is a certain hurdle for all involved parties, as many of the documents are currently only available in Russian. Before a solution can be worked out, it must be translated. Established serialization providers such as tracekey solutions provide support and offer an important point of contact for implementing the requirements of Markirovka easily and efficiently.

Due to the size of the code, hardware and software must be adapted along the supply chain. The code has a higher data density than the European 2D Datamatrix code. Here the standard coding is 24×24 or 26×26 modules. The data density in the Russian code is up to 40×40 modules. However, the codes must be accommodated on a similar printing surface, so that higher demands are made on both scanner and printer than for the European code. In addition to GTIN, serial number, and EXP, the Russian code must also contain two Application Identifiers (AI 91 and AI 92), which are transformed using cryptographic methods. However, it is no longer necessary to include the batch number. It only has to be applied in a human-readable format. This would make it possible to use pre-serialized labels. This does not work in the EU because of the batch number.