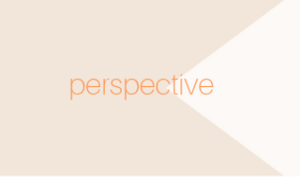 From now on, the tracekey “perspective” series contains texts by our employees on important topics in the industry. Daniel Althoff gives his opinion on the much discussed Blockchain.

>>When I first had to deal with the term “blockchain” professionally, I sat in a meeting with consultants and anti-counterfeiting experts. We discussed various B2B use cases when I was asked: “Blockchain – chance or danger for tracekey as a Track&Trace platform?

More and more consumers want to know where their food comes from. The blockchain enables participants in a supply chain to exchange manipulation-proof data in the future, which can be retrieved by the consumer via  QR code on the product, for example. Problem solved?

The scenario is already known under the keyword Track&Trace, or traceability, meaning  you want to record the life cycle of a product from the cradle to the grave and thus make it transparent. In the meantime, there are some products in retail with QR code that are supposed to make exactly this possible. These are efforts of individual companies, not disruptive upheavals of an industry.

The right key technology was not lacking. Companies have powerful and proven systems at their disposal, as well as the necessary cloud technology at fair conditions. The problem is that the business case often doesn’t pay off for practical reasons. It fails due to an inadequate IT infrastructure at suppliers, necessary investments in marking technology, hardware and software, personnel and an imbalance between value-added recipients and cost bearers.

The return on investment is not immediately and directly apparent. Consumers want to know where their products come from, but they don’t want to pay for this service, nor do they want to check this by regularly scanning the goods. Consumers trust brands, although it is the distributors and the logisticians who ensure the safe transport of goods and their distribution. Part of the brand can be a traceability system, but it doesn’t have to be.

The traceability of food, for example, shows that the actual discussion is taking place away from the question of the right technology. We are experiencing something completely different today with medicines. To put it in a nutshell: the same tasks, different implementations. The EU relies on centralised databases that allow end-to-end verification. In the USA, there is currently a race for implementation forms. One actor is currently passing on its data to the next, thus ensuring that goods movements can be traced in case of doubt. The mental leap to the blockchain is not far away here, but various options are currently being evaluated. In Russia they rely on a central database, as well as “crypto codes“, which enable offline verification, etc.

In contrast to other industries, in the pharmaceutical industry it is legal requirements that force the industry to invest. It is primarily the “how” that is discussed and not the “if”. The question of who has the costs and who the benefits does not arise to the same extent as it does in the food, textile or automotive industries. This is good for all those who enjoy a technologically-driven discussion but can only be transferred to other industries to a limited extent.

The tech hype is drawing to a close

The last few years have been marked by a real blockchain hype – additionally fuelled by the Bitcoin story. Gradually, however, it becomes clear that the blockchain is just another tool in the suitcase of digital applications. There it is located next to Big Data, Track&Trace, VR, Machine Learning, Cloud or IoT. There are applications that can probably only be solved by blockchain, just as a hammer should be used to drive a nail into a wall. But B2B is always about bringing different interests together.

Many blockchain applications that are discussed today actually have one profiteer and many that must participate at their own expense. To stay in the picture: The question of who actually owns the nail and the wall is often ignored by the person who owns the picture. In my opinion, although we see some successful lighthouse projects today, in the medium term this will lead to a situation in which the blockchain will not be able to cover the whole area.

Sometimes new vocabulary can revive a discussion. When I was tormented with circuit training in my sports lessons, I wouldn’t have thought that a few years later this would become a mass movement called “CrossFit”. Accordingly, I am counting on the blockchain discussion to act as a catalyst to further spark digital collaboration between all participants in the value chain.

But “Blockchain” remains a buzz word, just like “Track&Trace”. The real question is: What added value do companies generate when they take the step towards digital collaboration?

For tracekey, the blockchain is simply another tool on the way to digitizing value chains. We see ourselves as solution providers who offer digitization solutions for a whole industry. Blockchain technology fits perfectly into our portfolio – should there be a suitable business case. That was also my answer to the question mentioned at the beginning.