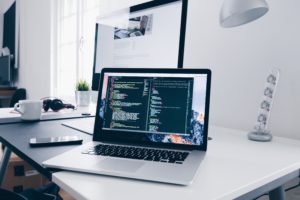 The implementation of EU-FMD  is not the only track&trace initiative to protect against counterfeit medicines. Many projects around the world are more or less based on similar standards but are all aimed at protecting patients and making supply chains counterfeit-proof. I.e. Russian Crypto-Codes and the serialization requirements in China.

Russia and China are two countries where the implementation of drug serialization is planned for the next few years. From January 2020, the Russian Federal Law No. 425-FZ, the so-called Crypto Code Law, must be realized. It provides for the tracking of medicines from the manufacturer to the end customer. The regulations are already mandatory for twelve drugs that mainly affect serious and more frequently occurring diseases, such as Crohn’s disease. All participants in a supply chain are involved in the implementation of the Crypto Code Act. The biggest difference to pharmaceutical serialization in the EU is that Russia has to use a crypto code in addition to an individual identification code. This doubles the size of the code compared to the EU 2D Datamatrix code. Furthermore, all drugs intended for humans are serialized, not just prescription drugs. These differences present manufacturers who are currently already FMD-compliant, for example, with the challenge of complying with the complex Russian regulations by January 2020.

The crypto code consists of two parts. The first part is similar to the EU version, i.e. it identifies the individual packaging. It consists of a GTIN and a serial number. In addition, there is a code part that is used for control and verification. It contains a character string that is the result of a cryptographic transformation of the identification code. The second part of the code is intended to expose counterfeit identification codes during verification. The additional crypto code also serves to verify the codes offline, as a permanent internet connection cannot be guaranteed in all parts of Russia.

One problem is the size of the code, as it is twice the size of the code used in the EU. Furthermore, the codes cannot be generated by the manufacturers themselves but must be requested directly from the Russian government, so to speak. For this purpose, an “Issue Recorder”, which is installed at the respective production site, sends a request to the Russian cloud. The producer reports his serial numbers and GTIN to the cloud and then receives the corresponding cryptographic keys for printing.

Language barriers as a challenge

When pharmaceutical companies operate globally, implementing complex new regulations is always a challenge. The problem is primarily the language barrier. International companies that want to operate on the Russian market must fully understand the legal regulations to be able to realize them. However, the subtleties of the regulations could be lost through translation. Time is running out and there is not much time left to adapt pharmaceutical production to Russian regulations. But there is a ray of hope, just as in the EU, stock goods may remain in the supply chain after January 2020 until their expiry date.

In China, drug serialization was implemented as early as 2015 and then suspended a few months later and postponed to 2022. Besides significant problems with implementation efficiency, China’s solution did not meet international requirements. Therefore, the Chinese Food and Drug Administration (CFDA) is currently working on adapting the serialization and traceability regulations to international standards in 2022. However, as in Russia, the regulations will apply to all medicines intended for human use, according to the WHO.